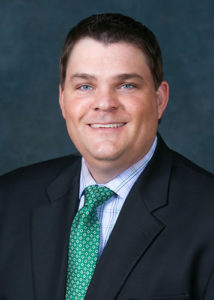 Chris Staton is the President of Certified Benefits Corp (CBC). After a few years of working for another service provider, Chris joined CBC in 2003. He has performed a variety of roles with CBC, experiencing the many levels of services provided to clients and participants. Chris has been overseeing operations for CBC since 2007.

Chris has a Bachelor’s degree from Indiana University, and holds the Qualified 401(k) Administrator (QKA®) designation and is a member of the American Society of Pension Professionals and Actuaries (ASPPA). Chris is originally from a small town in northeastern Indiana, and grew up watching Notre Dame football and IU basketball.

After spending a few too many winters in Indiana, he moved to the Orlando area in 2001. He currently resides in Apopka, with his wife and son. While not out running errands or at the community park with his family, he enjoys spending time on the golf course with friends.